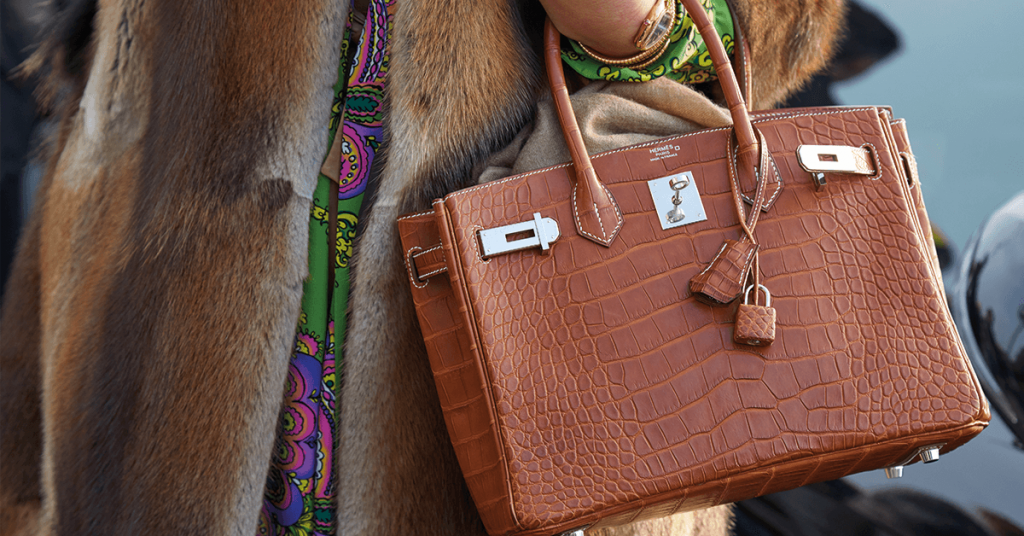 An iconic classic since it was first designed in 1984, nothing says the ultimate status symbol quite like Hermès’ Birkin bag collection. Rumor has it that Victoria Beckham owns at least 100 of these bags. That’s a lot of Birkins to store in your closet.

But then, why is this highly coveted bag such a prized item? In the high-end fashion industry, there’s no bag that’s more sought-after than this iconic staple.

The Cost of Owning a Birkin

The Birkins seem to increase in price every year. Only recently, the Hermes Himalaya Birkin was sold for an impressive $500,000 in 2019. This was a record-breaking deal at the time, as no Birkin had ever been sold for that price before.

The low-end Birkins can start from around $12,000 and reach up to $200,000 for the more high-end designs. There’s also a waitlist for these bags, and if you can’t wait to get your hands on one, you might get lucky and find some resellers selling these beauties for under $10,000.

In most cases, you will find the second-hand market will charge a premium for a basic (good condition) model, simply because it’s easier to buy and not have to go through the hassle of the boutique waitlist.

The prices of today’s Birkin range have shot up significantly since the 90s. Even a pre-owned Birkin still commands an impressive resale value price, sometimes even higher, as the supply to demand ratio is unmatched.

For a standard leather Hermes Kelly bag, this is what you’d have paid in the 1950s and 2020

For a standard Birkin bag, this is what you’d be paying over the decades:

In the United States, the prices of those same Birkin bags are:

The type of leather will determine the price you pay:

Made from calves, you'll find this leather used in many handbags and leather shoe styles. While this leather is quite flexible, it is sturdier in construction and provides structure. Most Birkins come in this type of leather, and the price tag is usually lower than other materials. Ostrich leather is considered exotic leather and can be placed in the same category as snakeskin, alligator, etc. This one is an iconic look for the Birkin range of bags. This leather is known for its flexibility, softness, and surprising durability. 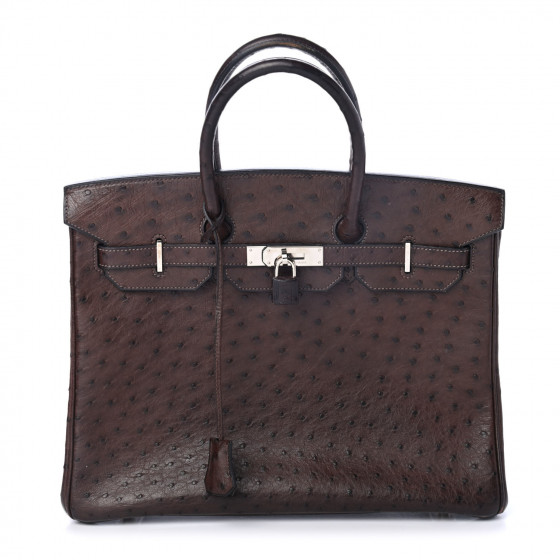 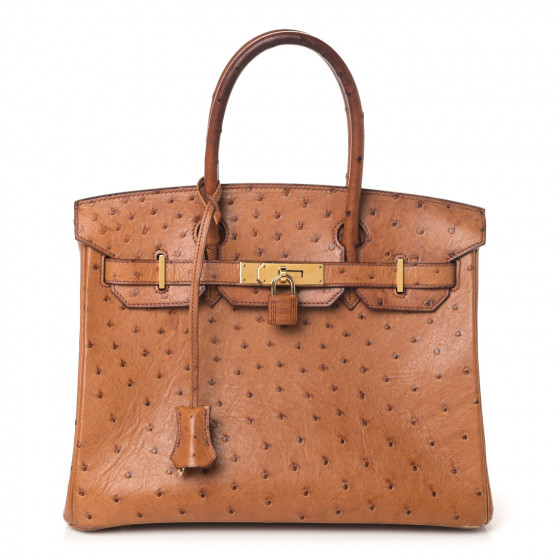 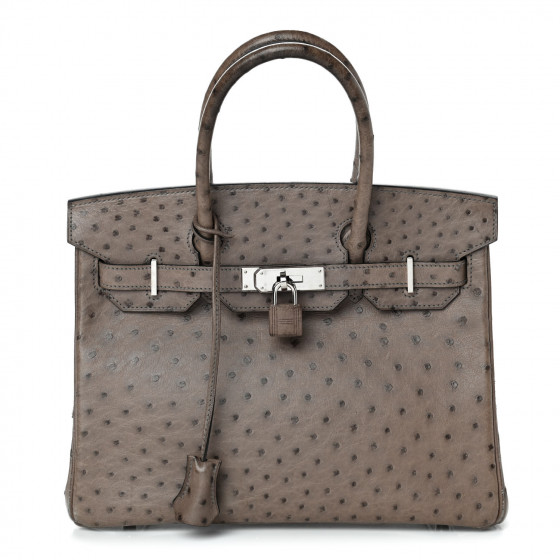 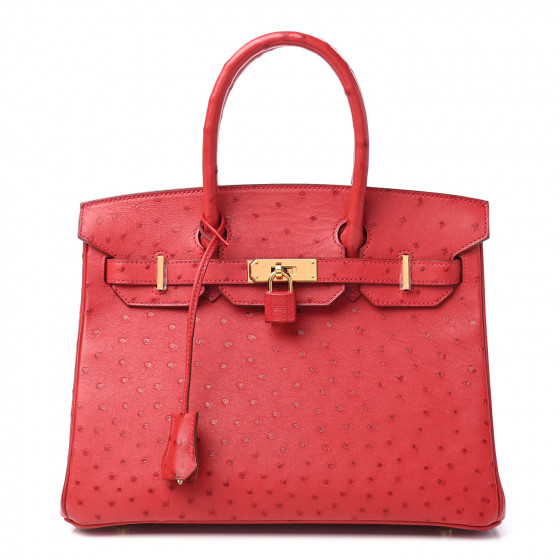 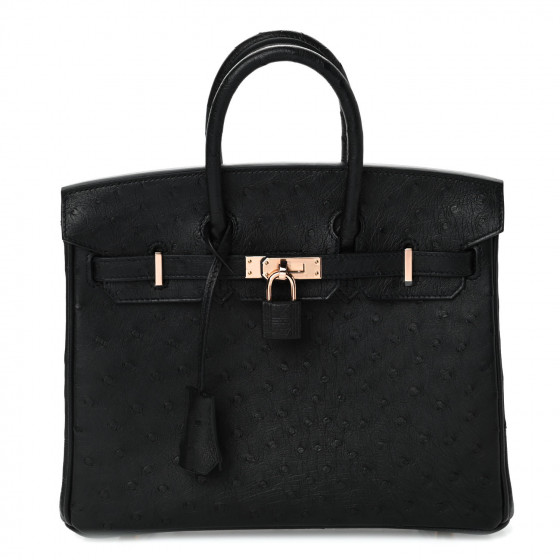 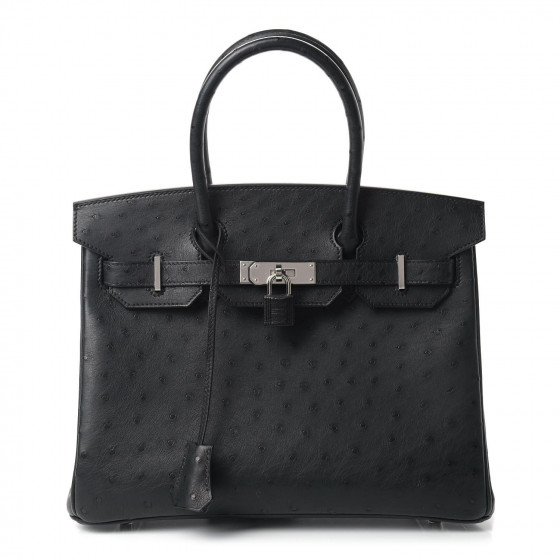 A stamped-grain leather that appears to be more structured and rigid that most other leathers. One of the more durable items in the range that's strong enough to withstand everyday wear and tear. 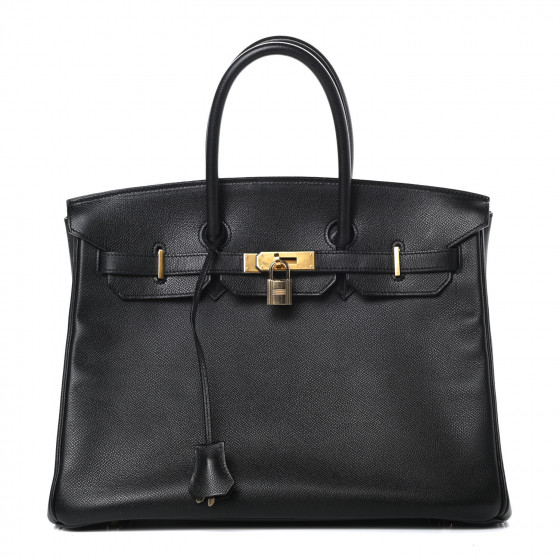 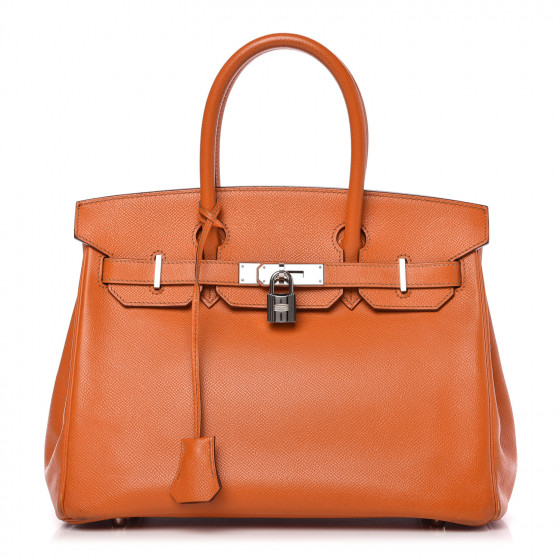 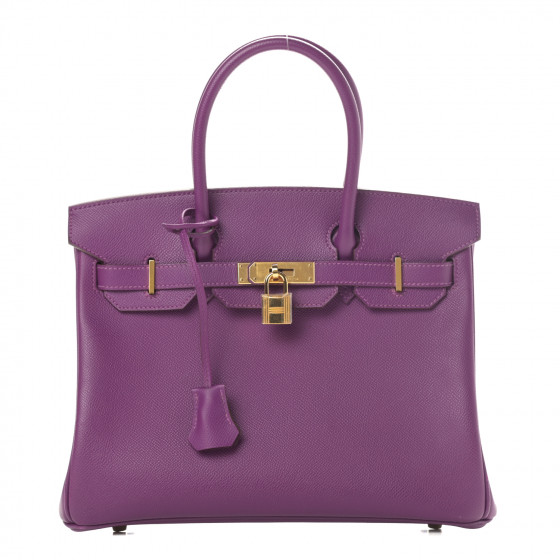 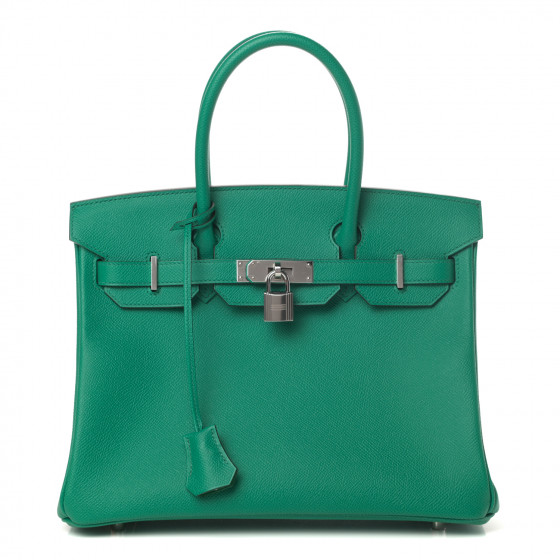 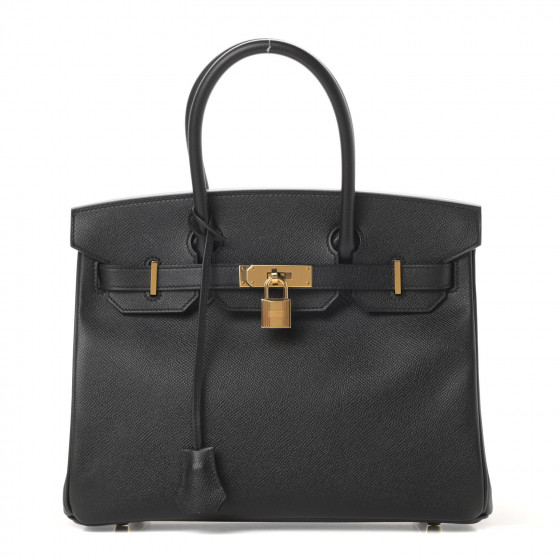 Made from a baby calf, this leather option is luxurious. It feels raised to the touch and soft. Unlike the other leather options, this one requires a little more maintenance as the fine texture can be forgiving in most cases. 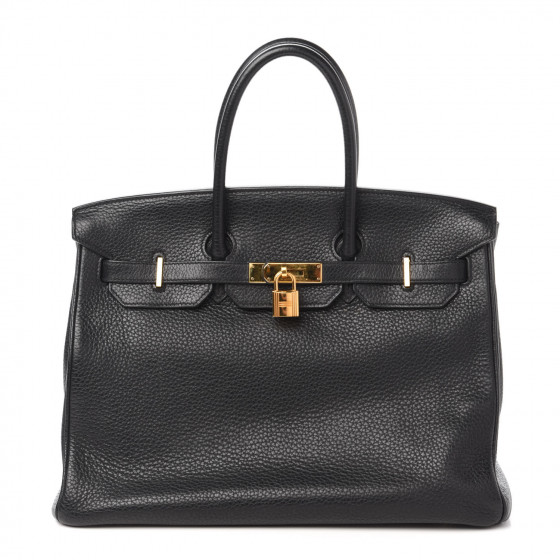 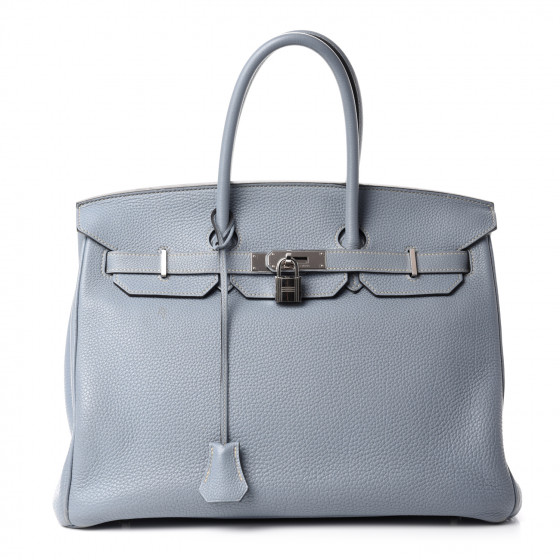 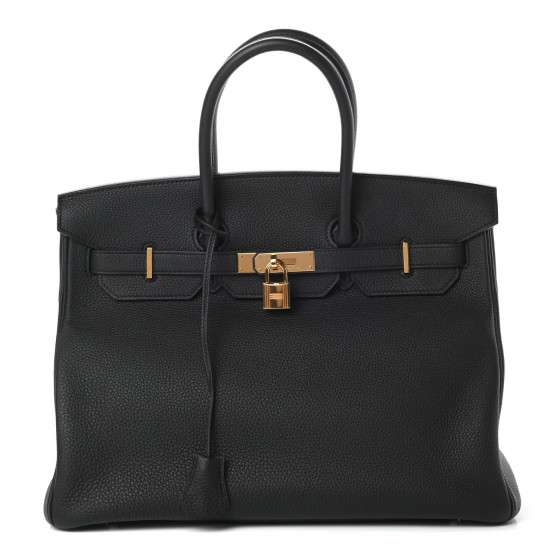 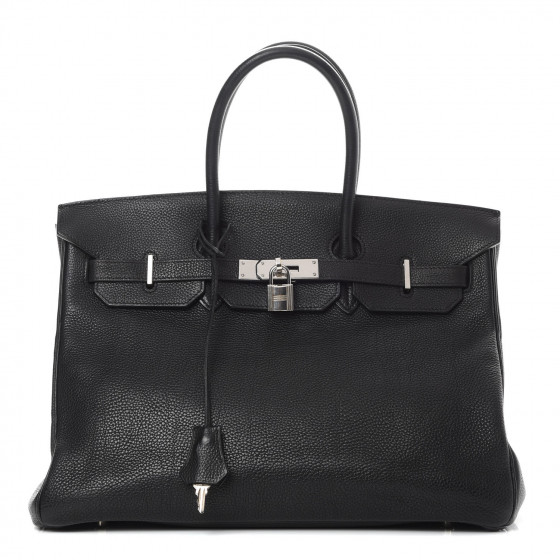 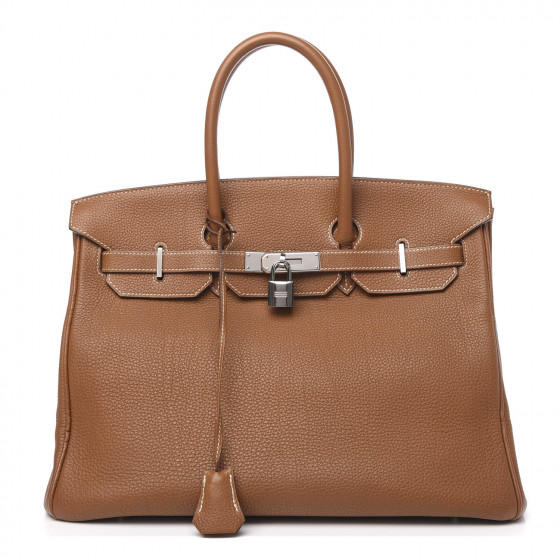 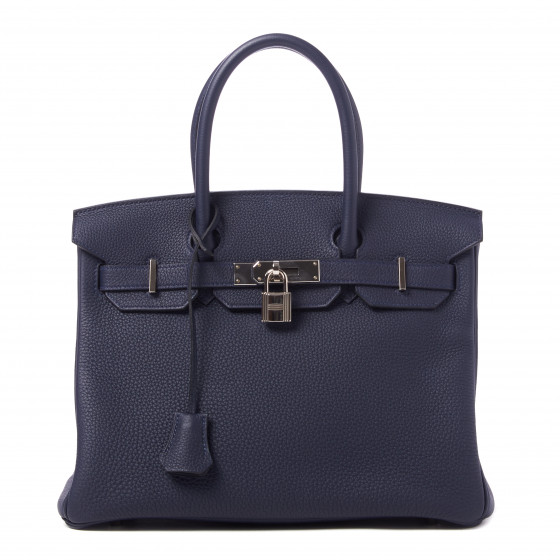 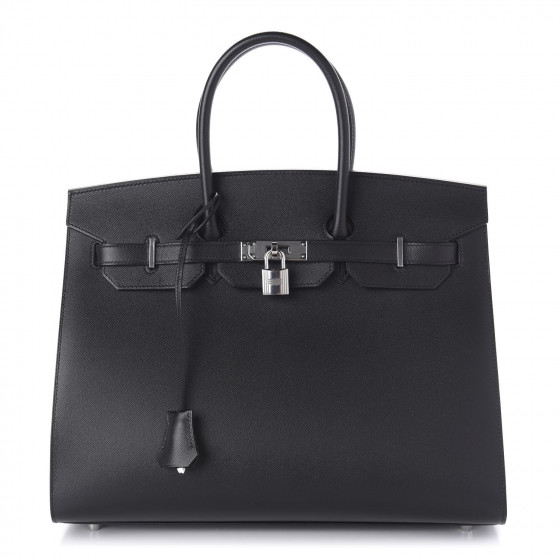 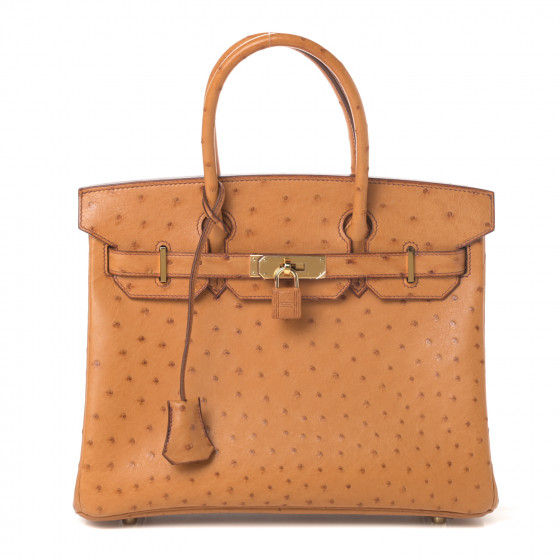 How exactly did this masterpiece come about?

The Hermès Birkin bag’s birth happened when British actress Jane Birkin met Hermès Chief Executive Jean-Louis Dumas back in 1981. Back then, Birkin spent most of her career based in Paris, France, where she quickly rose to fame. Despite the fact that Birkin didn’t speak French at the time, she quickly rose to fame, as did her passion for fashionable and luxurious clothing.

Dumas and Birkin would bump into each other on a flight from Paris, when Birkin was trying to fit all her belongings in the plane’s overhead compartment. At the time, she was using a straw bag that couldn’t contain it all, and everything came crashing down.

Frustrated by the ordeal, Birkin began ranting that nice bags were never quite big enough to carry several things, and this is when inspiration struck Dumas. The light bulb went off in his head, and he was sure that Birkin wasn’t the only woman who struggled with this problem.

Dumas saw an opportunity here to create a luxury bag that was both practical and fashionable. Thus, the Hermes Birkin bag was born.

What happened since it was created?

It was that fateful international flight that started the trend. After their initial meeting,
Dumas went on to create the first Birkin bag in 1984. It was a beautiful leather piece that was designed specifically for Jane Birkin. Birkin was happy to use the bag for a while, but the bag was quickly becoming far too heavy because of all the items she was lugging around with her.

She eventually stopped using the bag after a while, but by then, it had already become the biggest fashion must-haves at the time. Who knew that a flight from Paris to London would result in the birth of an iconic masterpiece?

Exclusivity is among the many reasons why the Hermès Birkin bag comes at such a hefty price tag. As of 2019, there are around one million Birkins created. However, resellers contribute to that final figure, and not everything comes directly from the Hermes headquarters.

Hermès Birkin bags are often bought and then sold again to the new buyers eager to get them. Sometimes, the resale costs are much higher than the original price tag, too. It goes to show how much people are willing to pay to own one of these Hermès Birkin bags.

A bag that comes straight from Hermes, however, is much harder to come by. The reason is that there’s only a limited quantity of bags that are churned out every year, and these are reserved for Hermès’ elite clientele.

Each piece is sewn by hand using Hermes’ saddle stitching, a signature before it’s buffed and polished to perfection. Every piece is carefully handmade in France, and each bag could take several days before it’s completed.

You only have to look at these bags’ craftsmanship to understand why the Birkin bag commands the kind of price tag it does. The quality that’s used in the Hermès Birkin bag is the reason why the bags come in varying textures and smells. The degree of craftsmanship required to craft one of these masterpieces is the reason behind the bags’ high cost.

"Who knew that a flight from Paris to London would result in the birth of an iconic masterpiece? The Hermès Birkin." 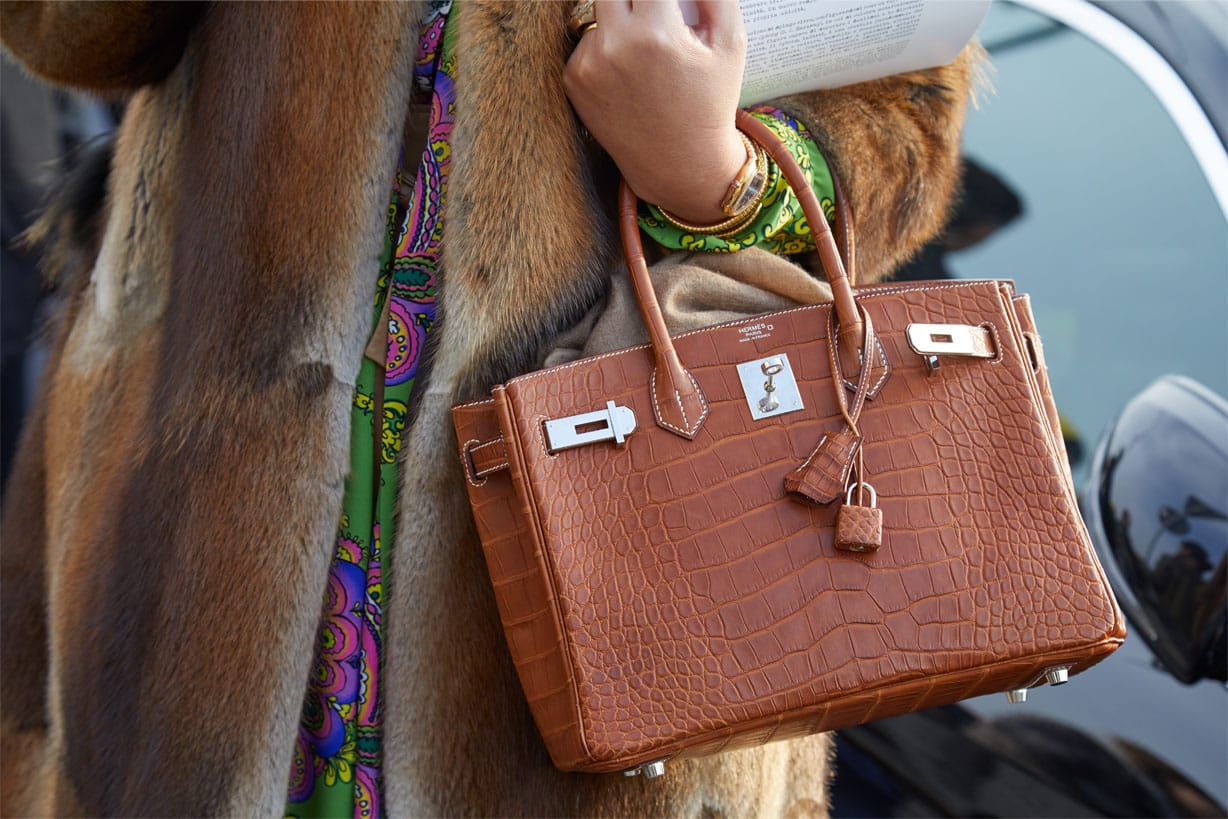 What It Costs to Buy the Hermes Birkin

Unlike what we’re used to, the Hermès Birkin bags aren’t something you can just walk in and purchase on a whim. This isn’t a handbag you’d randomly purchase online, either. As one of the most coveted luxury goods on the market today, owning a Birkin bag has become a combination of prowess and patience.

Remember that scene from Sex and the City where Samantha was trying to wiggle her way up the waitlist to own one of those hard to get Hermès Birkin bags? Yes, that’s how much patience and determination one needs to purchase a piece like this. Sometimes, you could be waiting for months to own one.

The good news is, the wait might buy you some time to save up some extra dough because these Birkins are called luxury goods for a reason. Anyone who has ever been lucky enough to own one of these beautiful pieces will attest to how special these luxury bags truly are. It’s an investment, and it has been that way for several years.

If the bag you’re after happens to be out of production, you’ll find no shortage of Pinterest boards with Birkin resellers. Admittedly, most people would gasp at the over-the-top price tag, but when you venture into the Birkin world, you’ll understand why this bag hasn’t lost its place in the last four decades as one of the most desirable luxury bags out there. 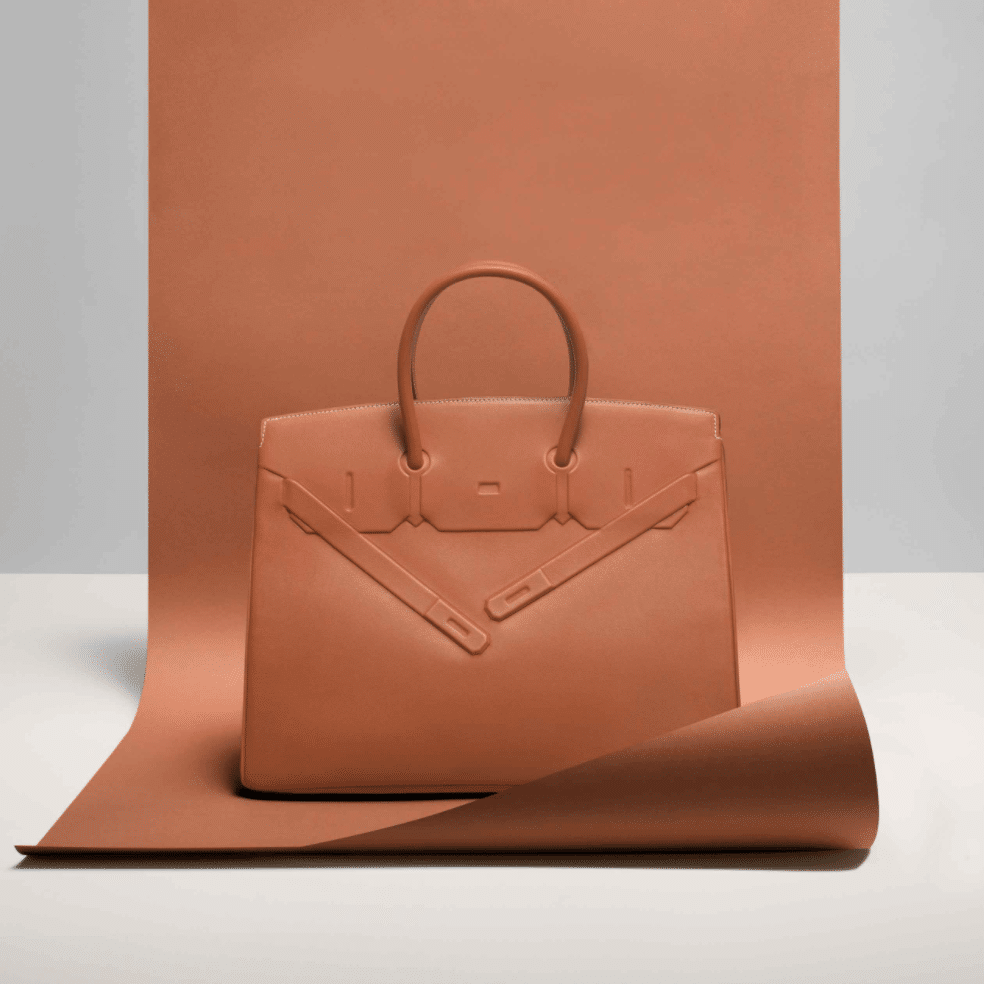 With the price differences between Europe and the United States, buying a Birkin bag in Europe will still be cheaper. You could save anywhere from 24.6% to 22.4% on your bag. If you’re ever in Europe, there’s no better time to get your hands on that Hermès Birkin you’ve been coveting.

The price you pay for your Birkin is going to depend on the material, too. Some of the more exotic Birkins are made using crocodile and they typically cost anywhere from $20,000 to $30,000. The ultra-rare Birkin (made from the Himalayan crocodile skin material) is by far the most expensive of the Birkin bag range, and one bag could cost nearly $400,000.

Some Hermès Birkin options come at a high price because it could be made of gold hardware or white gold, too. Crocodile is arguably the more expensive option.

The most expensive Birkin was sold at an auction with a price tag of $370,000. This was in Hong Kong. Not surprising that it was none other than the Himalayan Birkin bag, and it was sold for such a hefty price because of the albino-white crocodile skin material it was crafted from.

With its exclusivity, luxurious material, and craftsmanship, no wonder the Hermes Birkin bag has created a resale market that’s just as lucrative as the original. If you’re eager to get your hands on a Birkin and bypass the waitlist, try your luck in the resale market. Owning a pre-owned item is still a bragging right and an investment in a classic. As they say, a classic never goes out of style. 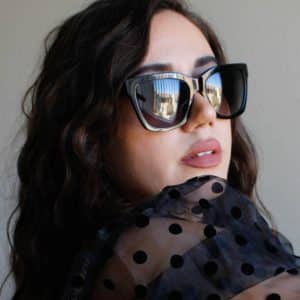 How Much is a Gucci Bag Right Now? ​

Chanel Wallet Price Guide: How much are Chanel wallets worth now?